Potential Restoration of DACA - What to Know 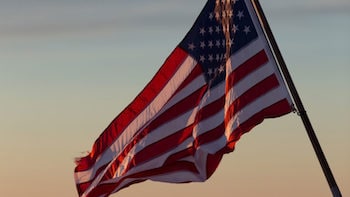 Recently, a federal judge ordered the Department of Homeland Security to restore the full Deferred Action for Childhood Arrivals program (DACA). What is the DACA program? Why was it ended? What will restoration mean for immigrants? Read on to learn more about the history of the program and the potential changes to come.

The History of DACA

On June 12th, 2012, the Secretary of Homeland Security announced that certain people who came to the United States as children and met certain criteria could request consideration of deferred action for a period of two years. This was referred to as the DACA program. Then, on November 20th, 2014, the Obama Administration expanded DACA. They eliminated the age cap that had been included in the requirements and extended application deadlines. Things began to change under the Trump Administration. On October 5th, 2017, the U.S. Citizenship and Immigration Services stopped accepting DACA applications as President Trump attempted to end the program. A memo was issued by the Department of Homeland Security, rejecting all pending and future initial requests for DACA. Additionally, the memo limited the benefits of current DACA beneficiaries. Under new rules, beneficiaries could only receive one-year renewals of their DACA status, rather than the previous two-year extensions.

Recently, a federal judge ordered that the DACA Program be reinstated. This could allow for up to 300,000 undocumented immigrants to apply for the protections offered by DACA. But, restoring the program may prove to be a difficult process. It is possible that the order to restore the program will be blocked by a higher court. Additionally, President-elect Joe Biden has pledged to fully reinstate DACA once he takes office, but with the Supreme Court’s new 6-3 Republican majority, there is a good chance the DACA program will be shot down, despite Biden’s attempts to reinstate.

What to Do in the Mean Time

For now, those who are beneficiaries of the DACA program, or wish to apply for the program will have to wait and see. A lot will change in the coming months. While the future of DACA is unclear, it is clear that the program has supporters who are rallying for its reinstatement. If you have any questions or concerns about the program, or the application requirements, reach out to a New York City immigration attorney.

If you or a loved one has any immigration-related questions, reach out to our firm today.