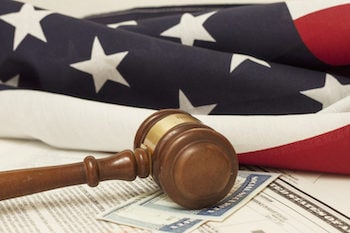 When President Trump came into office, he ordered the winding down of the Deferred Action for Childhood Arrivals (DACA) program. The order to end the program was made on the basis that former President Barack Obama did not have the authority to implement the program, calling it unconstitutional. After years of lawsuits on considerations of whether President Trump could legally end the program, the Supreme Court ruled to protect the DACA program and keep it intact.

DACA was created in 2012 by former President Obama to give individuals who were brought to the U.S. illegally as children temporary protection from deportation. The program allows these individuals, known as “Dreamers,” the opportunity to work legally and apply for college loans if they meet certain requirements and pass a background check.

What Was the Supreme Court Ruling?

Chief Justice John Roberts authored the 5-4 opinion along with Justices Ruth Bader Ginsburg, Stephen Breyer, Sonia Sotomayor, and Elena Kagan. Roberts stated the Trump administration’s reasoning to terminate the program was “arbitrary and capricious” under the Administrative Procedure Act and violated federal law. He said, “We do not decide whether DACA or its rescission are sound policies. ‘The wisdom’ of those decisions ‘is none of our concern.’ We address only whether the agency compiled with the procedural requirement that it provide a reasoned explanation for its action.”

When understanding this decision, it is important to note that the ruling is not permanent and does not bar the Trump administration from ending the DACA program. What it does is allow members of the DACA program to continue renewing their membership to receive work authorization and protection from deportation for the time being. Simply put, the decision is only temporary. The Supreme Court did not say the Trump administration does not have the authority to rescind the DACA program. Instead, they stated that if the administration wanted to move forward with ending it, they would have to provide an explanation for its termination that had legal grounds.