Trump Extends Limitations on Certain Work Visas Through the Year 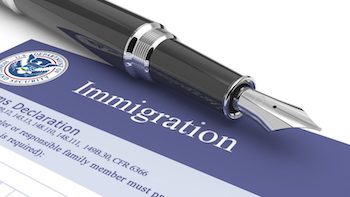 In response to the COVID-19 pandemic, President Trump signed an executive order to temporarily halt certain forms of immigration to the United States. This was done in an effort to protect American jobs as unemployment numbers began to rise due to the pandemic. Speaking on the issue, Trump stated, “This order will ensure that unemployed Americans of all backgrounds will be first in line for jobs as our economy reopens.” While this was initially put in place for 60 days, President Trump extended it until the end of 2020 and also included some guest worker visas.

What Is Included in the Extension?

While extending the immigration halt until the end of the year, President Trump included other types of visas as well. This includes:

These new restrictions went into effect on June 24, 2020.

Who Is Not Included in the Order?

It is important to be aware that the executive order does not cover all types of immigration and there are some parties that are exempt from it. Exempt parties include lawful permanent residents, spouses and minor children of U.S. citizens, health care professionals, individuals working in the food supply chain, any member of the U.S. Armed Forces and their spouses/children, anyone entering for law enforcement or national security reasons, and those “whose entry would be in the national interest.”